To give you a better experience, this website uses profiling cookies, including those of third parties. Closing the banner, scrolling the page or clicking on any element gives permission for the use of cookies. To find out more and to select your preference, consult our Cookie Policy.

La Maggiò is pleased to announce the launch of its new GENESI housing module: The new era of Home Living. Genesi sets itself the goal of creating a break with the past and giving life to a new era of contemporary living. Genesi is proposed as a new, flexible and changeable housing solution; inspired by the new generations of people who are constantly changing their lives in favor of a lifestyle that is freer and less constrained by the pressures of society. Genesi challenges the border between provisionality and permanence, between immobility and mobility: it opens the way to a new concept of liquid living, free from the constraints of time and space. Genesi is an intelligent, sustainable and in complete aesthetic and functional harmony with nature and the environment that surrounds it; it lives in total equilibrium with the ecosystem that surrounds it. Genesi is a space to measure itself: the house finally returns to be a unique and exclusive space, which represents its individuality; it gives the possibility to configure the different environments according to your liking and to customize the interior and exterior according to your style. Genesi will be officially launched at the HABITA event: innovating the present, living in the future. The event is organized and promoted by La Maggiò under the patronage of the Municipality of Sarnico and the Lake Basin Authority of the Lake of Isep, Endine and Moro. HABITA will take place during the 4 weekends of February 2018 at the Lido Nettuno in Sarnico, in the splendid setting of Lake Iseo. Meetings, conferences, workshops and theme nights are planned to promote this new way of living in contemporary domestic spaces, but also highlight the designers, architects, artists and virtuous realities of the territory in the field of innovation and sustainability. It will be a unique opportunity for discussion and dialogue between production companies, professionals and research networks on the themes of modern living, technical solutions and research for innovation. 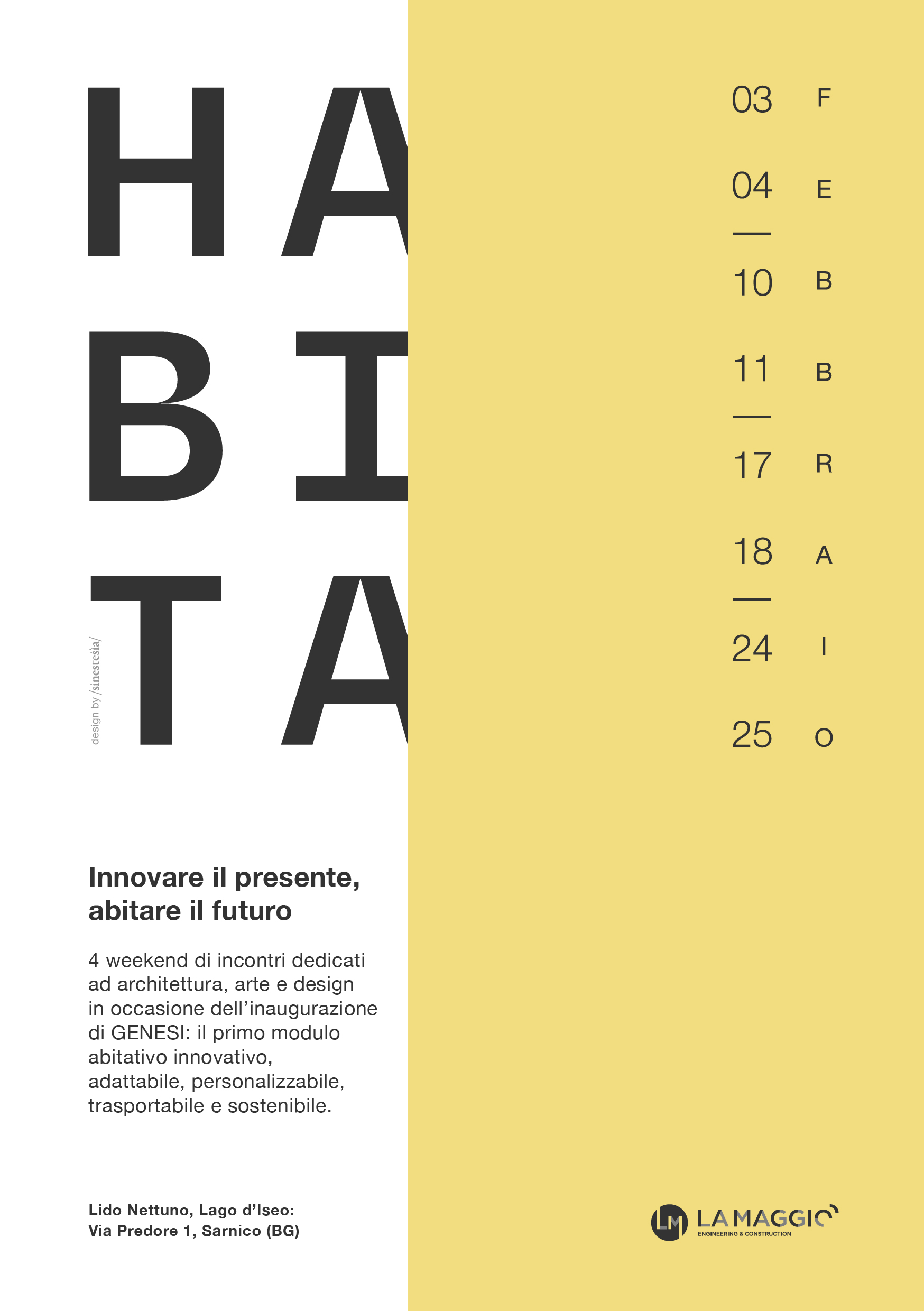 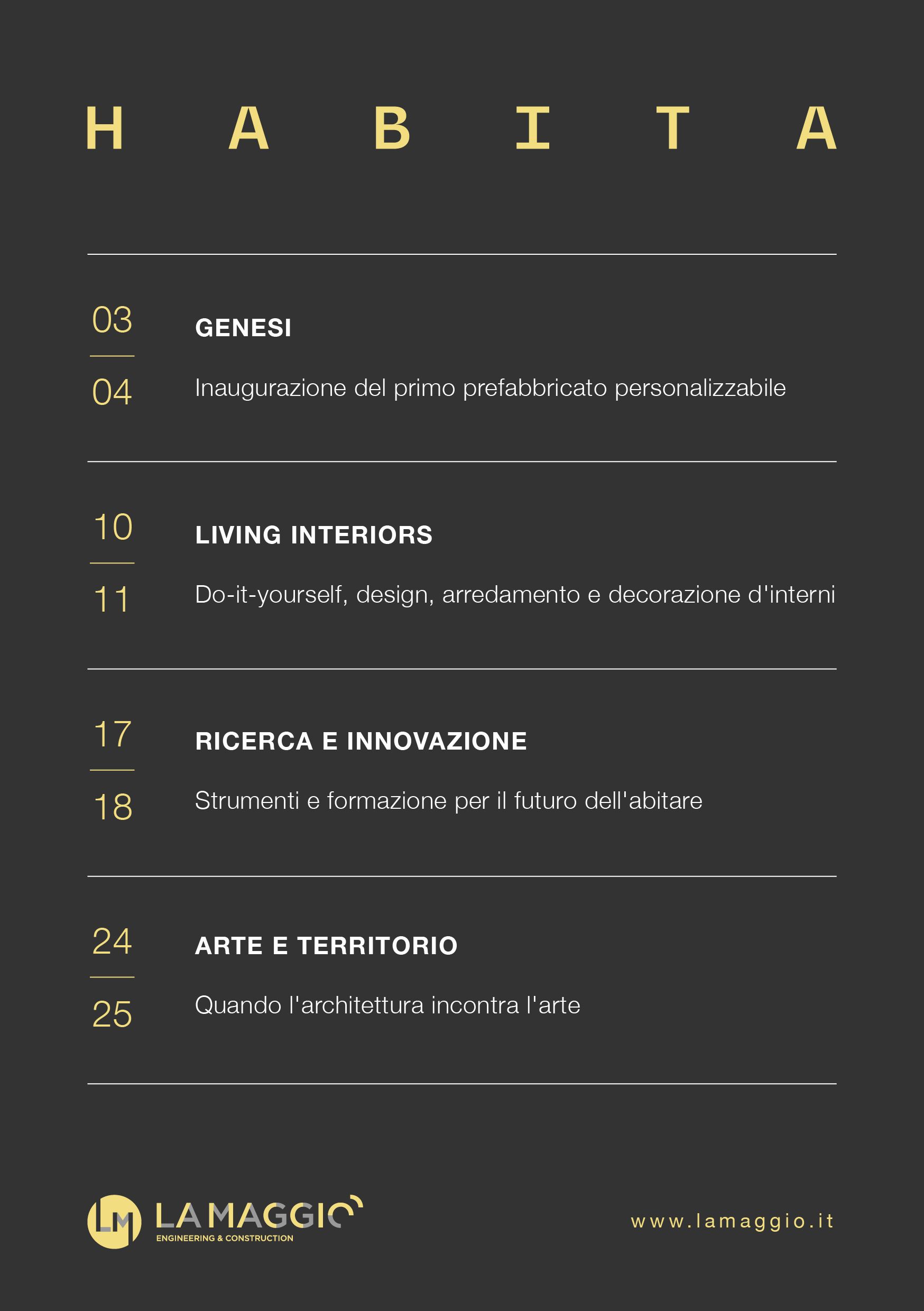 Previous News
All News
Next News